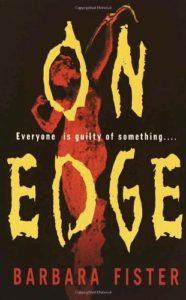 People sometimes ask a writer, “where do you get your ideas?” As it happens, I know exactly where I got the idea for this book – thirty miles southwest of Minneapolis on US Highway 169.

I was passing through Jordan, Minnesota, a small town that made headlines in 1984 when a man accused of sexually assaulting a twelve-year-old implicated a number of other residents in a conspiracy to ritualistically abuse children in bizarre orgies involving incest, pornography, and satanic rites. It was a big case, with 25 people arrested and many more suspected of extraordinary crimes. Most of the prosecution’s witnesses were children testifying against their parents. In the end, only the man first accused was imprisoned; two suspects were acquited and, soon after, charges were abruptly dismissed against the others. But there was no real resolution and the community remained divided over what had actually happened there.

I only vaguely remembered the story – I was living abroad when it hit the news. But as I drove through the town on my way to the Twin Cities, I wondered what the long-lasting effect on a community that went through that nightmare might be – and how a town that had been so traumatized might react if they thought it was happening again.

That moment of curiosity turned into a story.

On Edge is not about Jordan. It is entirely a work of fiction, set in an imaginary town in another part of the country. In fact, I didn’t do any research about the Jordan case or the hundreds of others like it until after I drafted the book – I didn’t want to mingle my fiction with real things that happened to real people who I suspect would rather not be reminded about what must have been a terrible experience. Rather, what I wanted to explore is how easy it is, when trying to make sense of the inconceivable, to see patterns where there are none. Investigators coax false confessions out of suspects because they’re sure they know the truth and do their job too well. Citizens believe conspiracy theories that defy common sense, because the reality they’re dealing with defies all meaning. And the killer in this story understands that craving for meaning and uses it against the town, creating misleading patterns to send the community toward self-immolation.

In a sense, all mysteries are an attempt to deal with that compelling urge to find an idea of order in a disorganized world.

I grew up reading English between-the-wars mysteries that my mother had on her shelves – Dorothy Sayers, Margery Allingham, Ngaio Marsh – in which well-bred heroes tracked civilized killers in the autumnal glow of an empire on which the sun had almost set. There was a faint whiff of mustard gas still lingering from the trenches and the shadows were long, but the light was warm and golden and things always turned out right.

A darker strain of writing ambushed me when I idly picked up an older brother’s copy of Crime and Punishment. I was ten or eleven years old, and something about the cover on the paperback caught my eye. Within a few pages, I was so thoroughly hypnotized I couldn’t put it down. I felt drugged and kidnapped, taken to a darker place than I’d ever been before, but I was eventually able to tear myself away just long enough to drop the book behind my brother’s bookcase where I knew I couldn’t reach it. I had the feeling if I kept reading, I’d never find my way back. When I was older, I majored in Russian literature, mainly so I could spend as much time as I wanted reading Dostoevsky – in late adolescence, his mordant take on things suited my mood. But somewhere along the line, I fell out of the early habit of reading mysteries.

A few years ago, I discovered a lot of fine writing had been going on in the genre while my back was turned. Dennis Lehane’s Darkness Take My Hand, in particular, was a revelation. I remember thinking “this book is incredibly violent, and I’m enjoying the hell out of it. What’s wrong with me?” If I’d been younger, I probably would have had to drop it behind the bookcase to break the spell.

It made me think hard about what defines a good mystery for me. I don’t read books that use violence simply to give the reader an adrenaline high. Violence shouldn’t give anyone pleasure. But Lehane was writing – with extraordinary grace and beauty – about people and places and issues that mattered to him, and because he did it right, they mattered to me. The violence in his book is effective and all the more disturbing because it isn’t there just for thrills.

A lot of readers like the fact that, by definition, a mystery imposes meaning on violence – someone is killed, the killer is found and punished, good triumphs over evil. The mysteries I enjoy most are set in a gray area, in the realm of ambiguity, where right and wrong aren’t so easily defined, where the good guys have to worry that they’re making a big mistake, where the bad guys aren’t monsters but people like us who for one reason or another have chosen a bad path. And that gray area –on the foggy coast of Maine where I once lived – is where I set this book.

Find me on Mastodon.