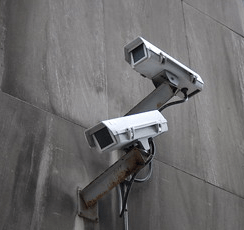 The New York Technical Services Librarians, an organization that has been active since 1923 – imagine all that has happened in tech services since 1923! – invited me to give a talk about bias in algorithms. They quickly got a recording up on their site and I am, more slowly, providing the transcript. Thanks for the invite and all the tech support, NYTSL!

The Bigot in the Machine: Bias in Algorithmic Systems

Abstract: We are living in an “age of algorithms.” Vast quantities of information are collected, sorted, shared, combined, and acted on by proprietary black boxes. These systems use machine learning to build models and make predictions from data sets that may be out of date, incomplete, and biased. We will explore the ways bias creeps into information systems, take a look at how “big data,” artificial intelligence and machine learning often amplify bias unwittingly, and consider how these systems can be deliberately exploited by actors for whom bias is a feature, not a bug. Finally, we’ll discuss ways we can work with our communities to create a more fair and just information environment.

END_OF_DOCUMENT_TOKEN_TO_BE_REPLACED 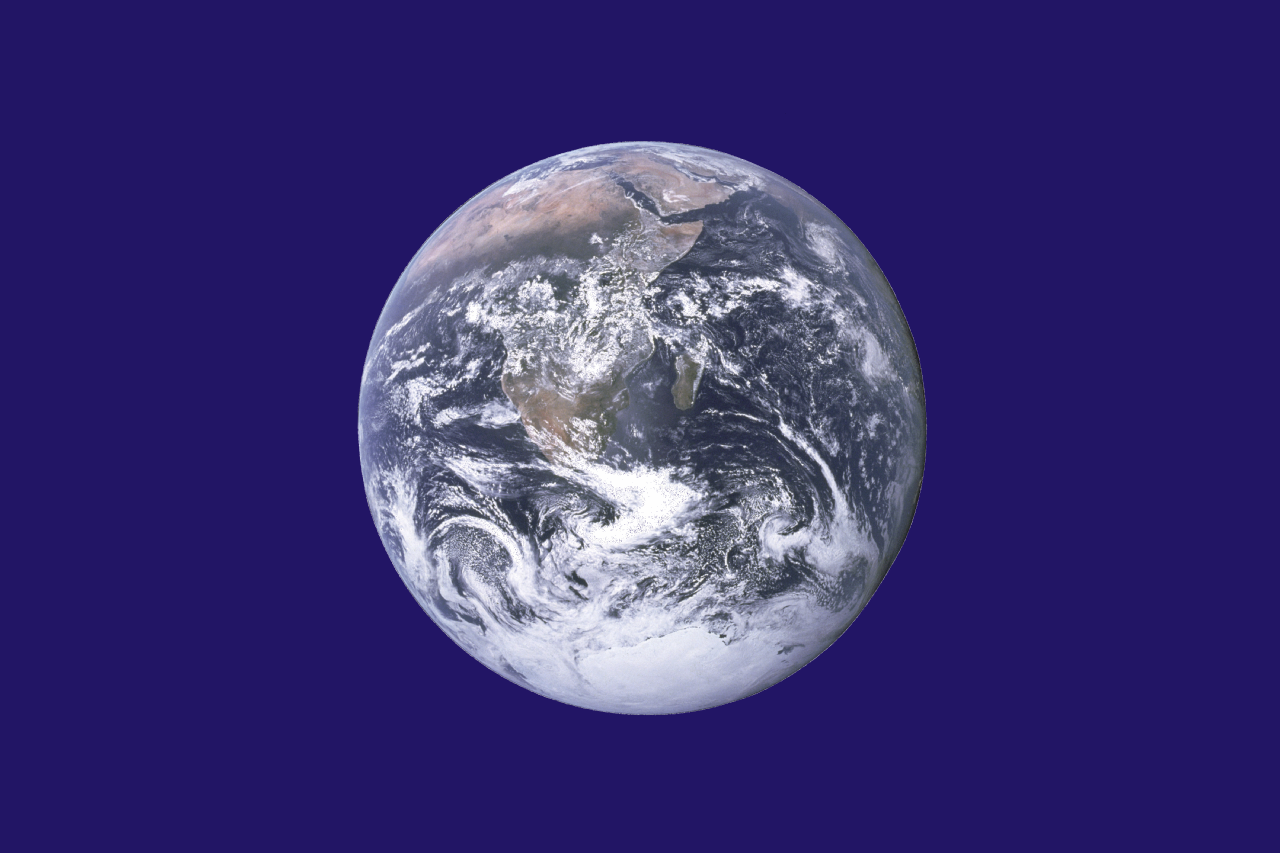 What a bittersweet Earth Day. As the day of protest turns 50, humankind has retreated indoors and nature is cautiously advancing into territory we claimed for Progress. You can see the mountains again from Los Angeles. You can see fish in the canals of Venice. Goats munch garden hedges in Llandudno as they venture into the empty streets.

END_OF_DOCUMENT_TOKEN_TO_BE_REPLACED 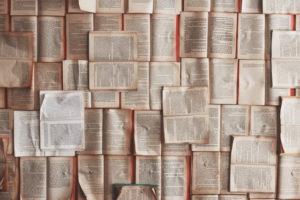 I meant to keep blogging, but my brain has other ideas. So I think I’ll just riff here a bit about things I’ve been reading about life, libraries, and information issues we face today without adding much analysis to show how they connect. Those sparks of connection seem to be hard to come by these days. So what I’ll post here in the near future, if anything, will be more along the lines of a Commonplace Book, but less intentional.

END_OF_DOCUMENT_TOKEN_TO_BE_REPLACED 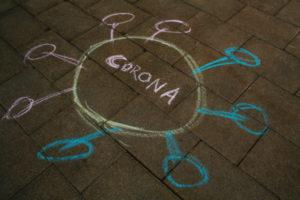 During our current pandemic, people seem to crave timely and accurate information more than usual. We want to know how to protect our families and ourselves, we want to understand how a virus actually works, we want to know what will happen. That last one is especially evasive: the virus is new, so we can’t be sure how it will behave; we haven’t lived through a pandemic before; and we haven’t faced a major crisis under our current president. We want to keep up. It feels life or death, and bad information – let’s pack the churches on Easter! It’ll be fine! – tilts toward death.

END_OF_DOCUMENT_TOKEN_TO_BE_REPLACED 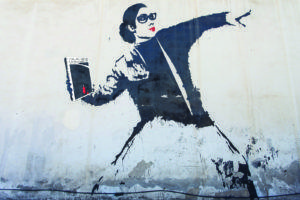 I got to give a talk at ER&L about Project Information Literacy‘s latest study. Here’s the text.

Libraries and the Practice of Freedom in the Age of Algorithm

Abstract: How prepared are librarians, and the students they serve, to navigate technologies that are fundamentally changing how we encounter, evaluate, and create information? In the past decade, a handful of platforms have become powerful information intermediaries that help us search and connect but also are tools to foment disinformation, amplify hate, increase polarization, and compile details of our lives as raw material for persuasion and control. We no longer have to seek information; it seeks us. Project Information Literacy has revealed college students’ lived experience through a series of large-scale research studies. To cap a decade of findings, we conducted a qualitative study that asked students, and faculty who teach them, what they know and how they learn about our current information environment. This talk explores what students have taught us, where education falls short, why it matters, and how time-tested library values – privacy, equity, social responsibility, and education for democracy – can provide a blueprint for creating a socio-technical infrastructure that is more just and equitable in the age of algorithms.

END_OF_DOCUMENT_TOKEN_TO_BE_REPLACED 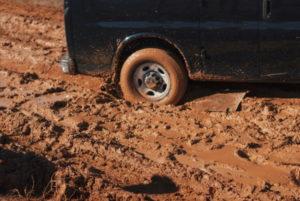 It’s mud season. Not in terms of the calendar – things are still frozen around here – but there’s a political primary happening and that means mud is being flung. It’s nothing new. Happens every time. It just seems more immersive than ever because we get news, opinion, commentary, and outbursts of anger continually through the devices we turn to when we want to relax. Relax? Hah!

In 1985 Neil Postman argued we lived in a world where television, driven by advertising, had turned news into entertainment, which turned politics into a sporting competition and political figures into entertainers. Now we live in a world where our information sources, driven by advertising, make politics a sporting competition, and … yeah, like he said, only now news comes through non-news channels, which add layers of perverse incentives, and entertainment plays on a different set of emotions. Not amusement, but fear and anger, which turn out to be especially useful for keeping us engaged, which converts into advertising on systems that give everyone the chance to participate in the ad market by becoming brands.

END_OF_DOCUMENT_TOKEN_TO_BE_REPLACED

There’s a lot going on in the world. Scrolling through my Twitter stream lets me skim across the top of it, dipping in here and there, saving an article, but mostly skimming. It’s oddly comforting, when things seem to be falling apart, to skim the surface.

But a tweet from a provocateur I don’t follow keeps coming up as people who I do follow throw up their Twitter hands (wings?) in frustration. A Library Leader thinks we should should embrace the gig economy, stop hiring full time library workers, and let a thousand gig jobs bloom. Because if you have a lot of gig jobs, you can be your own boss and make lots of dough if you hustle enough! Also, you will free yourself from the tyranny of the stable job and its “lack of flexibility.” Wake up, sheeple! It’s what those youngsters want! “The future workforce has less appetite for monotony as their grandparents.”

No kidding! Life is so not boring when you have a pile of school debt, no home you can afford, a looming climate catastrophe, and the thrill of not knowing what tomorrow will hold! A job? Three jobs? A fantastically exciting puzzle of what to do for child care when you have no idea what your schedule will be tomorrow? So flexible! But that absurdity isn’t what made me pause long enough to try and put my thoughts into words. It was the word “monotony.”

END_OF_DOCUMENT_TOKEN_TO_BE_REPLACED

The latest Project Information Literacy report is out, and I hope you’ll have a chance to read it. I was so honored to be able to work on this one and have the opportunity to hear what students have to say about our current information environment. I hope it will contribute in some way to our broadening what we mean by information literacy. These days, as we’re inundated with news and information, we need to prepare students to do more than use libraries for academic purposes. We need to make clearer how the skills students practice in school relate to information use beyond classroom assignments.

I was going to say more about the report, but my attention got waylaid when I listened to an excellent episode of the On the Media podcast (they are all excellent, by the way) that reported from the recent gun rights rally in Richmond, Virginia. The rally was planned for MLK day – yes, that’s symbolic. It also happened to be Lobby Day, when Virginians are encouraged to bring their issues to the capital. That day there was only one issue on the agenda, and only one perspective permitted. Second amendment purists brought their body armor, militia insignia, and long guns to say clearly and loudly “our right to bear arms trumps every other right, including your right to disagree with us.”

Nobody was killed. Hurrah. It was considered a success.

END_OF_DOCUMENT_TOKEN_TO_BE_REPLACED 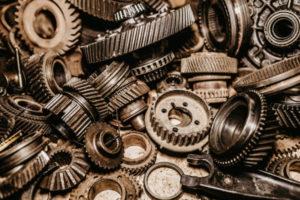 I started to type “odds and ends” as a title for this post, and then had to make a pun. Forgive me, but this is my first post-IHE entry. It has been odd to not have a weekly deadline breathing down my neck, having been blogging for food since 2009. But it has also been freeing and I just have to get used to that freedom and use it for good. Here are some things I’m doing and reading.

So, this is happening – I get to go back to ER&L, a gathering of technically-inclined and savvy librarians in my long-ago stomping ground of Austin, Texas this March. I get to talk about the Project Information Literacy study I’ve been working on with researcher extraordinaire and PI Alison Head and Twitter maven and all-around-wordsmith-and-scholar Margy MacMillan. This is what I promised to talk about:

How prepared are librarians, and the students they serve, to navigate technologies that are fundamentally changing how we encounter, evaluate, and create information? In the past decade, a handful of platforms have become powerful information intermediaries that help us search and connect but also are tools to foment disinformation, amplify hate, increase polarization, and compile details of our lives as raw material for persuasion and control. We no longer have to seek information; it seeks us. Project Information Literacy has revealed college students’ lived experience through a series of large-scale research studies. To cap a decade of findings, we conducted a qualitative study that asked students, and faculty who teach them, what they know and how they learn about our current information environment. This talk explores what students have taught us, where education falls short, why it matters, and how time-tested library values – privacy, equity, social responsibility, and education for democracy – can provide a blueprint for creating a socio-technical infrastructure that is more just and equitable in the age of algorithms.

END_OF_DOCUMENT_TOKEN_TO_BE_REPLACED 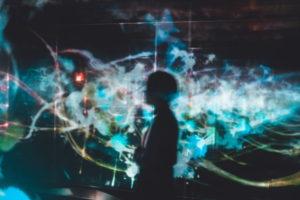 I had a long and interesting chat last week with my partner. He knows I’m a bit obsessive about privacy and the social consequences of Google, Facebook, YouTube, and the rest of the Silicon Valley marauders. But somehow we had never quite connected the dots to the rise of populism and the erosion of trust – particularly that classical propaganda move, throwing up enough disinformation that people don’t trust anything and simply give up, either putting their trust in a leader whose lies are their lodestar (because he proclaims everything else to be fake and the work of their enemies) or assuming they have no power because there’s no way to know the facts. My partner pointed out that in my “last” Inside Higher Ed post I talked about the last ten years but not what’s in front us. So he persuaded me to make one last post – something short to encapsulate the ideas we’d talked about. I’m reposting it here.