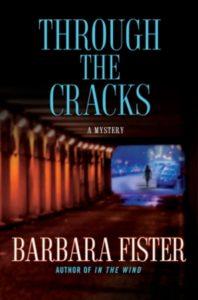 Two issues were on my mind when I started working on this story. One had been simmering on the back burner for years ever since I read a series of articles published in the Chicago Tribune about the factors that compromised the criminal justice system in Illinois, focusing particularly on prisoners facing the death penalty. I wondered how victims of crimes felt when the people who they thought were guilty were set free; when justice miscarries, it’s hard both on the wrongly convicted and on those who had tried to rebuild their lives after a crime.

The second issue was more fresh and raw. The rhetoric surrounding the immigration debate in the U.S., particularly as it concerns undocumented workers from Central America and Mexico, is heatedly racist and angry, but also laden with anxiety about job insecurity and the growing gap between the wealthy and the rest of us. Simply reading comments posted to any Tribune story about immigration would leave me feeling sickened. And the growing bureaucratic apparatus designed to strengthen “border security” was proving to be both brutally incompetent and Kafkaesque.

As with In the Wind I thought my story might be out of date before it was published – but no such luck. Raids are still conducted, desperate immigrants continue to cross the border, but now in much more dangerous places, and recent laws passed in Arizona codify the rage that many Americans feel as they struggle to make ends meet in a recession caused by unchecked greed and deregulated markets.

So that’s what I decided to write about: a woman wondering who was actually responsible for raping her years earlier when the man she identified as her assailant has his conviction overturned; a city’s response when a Mexican gang member is arrested for the murder of a missing woman; and the tangled relationship between race and the criminal justice system.

Along the way, I found myself writing about an issue that is often the mainspring for suspense in crime fiction: sexualized violence against women. I’m tired of the duel of wits played out between an evil serial killer and a dogged detective; I’m tired of writers trying to find clever new changes to ring on the weary formula, wringing suspense out of women’s fear. Mostly, I’m tired of stories in which the focus is on fascinatingly evil villains rather than on the people affected by a crime. (Perhaps that’s why I enjoy Scandinavian crime fiction so much – writers like Karin Fossum, Arnaldur Indridason, Johann Theorin, and Jo Nesbo create victims and villains who turn out to be relatively ordinary human beings within a social context that plays an essential role in the story. Stieg Larsson’s characters may be larger than life, but his Millennium Trilogy never makes violence against women a titilating entertainment. He is clear about what it is: violence in service of oppression.) I wanted to write about rape in a way that was truthful and not exploitive, and to be realistic about the ways that fear of sexual violence constricts women’s lives on a daily basis.

Two of the institutions that influenced my story are the Center on Wrongful Convictions at Northwestern University and Adalberto United Methodist Church in Chicago, which has twice provided sanctuary to immigrant women facing deportation.

Who needs exotic serial killers when everyday life is so full of compelling stories?

what readers are saying

. . . Barbara Fister gets the reader’s adrenaline going on the first page, and she never lets go. She gives us tense situations, racial issues, politics, rape and murder, as well as that thin blue line. And, in advance of Arizona’s S.B. 1070, she wrote of house invasions by ICE agents, the turmoil created by fear, and the unrest around illegal immigrants. How can one author fill a book with so much topical material, and keep the story riveting? Fister succeeds in a masterful story, Through the Cracks.
Lesa Holstine at Lesa’s Book Critiques

As with its predecessor In the Wind, Through the Cracks expresses criticism of government policies and police enforcement of such policies. She doesn’t beat you over the head with it, but you know where she stands. She’s not entirely above beating a bad guy over the head, though. Anni is a really great character–badass, but vulnerable; orphaned, but with a diverse chosen family (including a respectful portrayal of a brother with autism); smart and creative, but not so perfect that she gets on your nerves. The rape context is kind of gruesome but the survivors and their stories are handled with great sensitivity and demonstrate a spectrum of how sexual assault affects a person.
Jenna Freedman Lower East Side Librarian

Fister interweaves many social issues in this novel, notably the violations of civil rights taking place as a result of new search and seizure policies directed against non-citizens . . . Although more than one reviewer has likened Fister’s PI to Sara Paretsky’s VI Warshawski, I find that Fister presents us with Koskinen’s own richly developed world peopled with interesting characters. Whether it in her interactions with her friends Thea and Harvey Adelma, the civil rights lawyers, or with Father Sikora whose church is providing sanctuary for victims of the government’s current immigration policies, or in her work with teenage runaways and with her autistic brother Martin, Anni Koskinen comes across as a fully realized personality. THROUGH THE CRACKS is an engaging and complex read.
Ann Pearson at Reviewing the Evidence

. . . Never predictable, but also not relying on surprise out-of-the-blue twists, Through the Cracks is an exceptionally well-crafted mystery, one that should not be missed.
Mysterious Reviews

Other odds and ends

an interview with J. Sydney Jones about the geography of Through the Cracks

an essay at Meanderings and Muses about how it feels to be lost in a book.

I take the Page 69 test, part of the wonderful Campaign for the American Reader