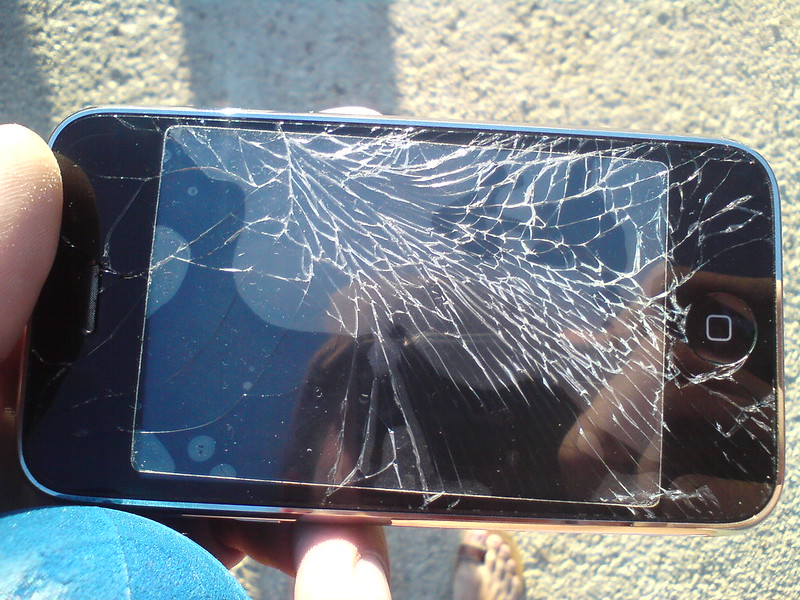 I was talking to my partner one evening last week when my phone died, midsentence. The apple symbol flashed a few times, then the screen went dark. Plugging it in didn’t help. All the usual resuscitation moves failed. I was phoneless, and it rattled me.

It’s discombobulating to have your phone stop working when you’re traveling. It would be disruptive at any time, really (it’s embarrassing to look at the charts showing how much time I spend staring at that little screen every day) but when I was away from home, it seemed especially disorienting. I am so used to figuring out where to go using Google’s map advice, finding the time I’m supposed to be somewhere by pulling up my email, keeping in touch with family by text message — even talking to people occasionally, though that’s rare. It was as if half my brain stopped working.

I had a laptop with me, and Wi-Fi at the hotel, so that initial moment of panic was reduced. But I couldn’t get into my email or Google documents I needed because I had to prove it was me using dual authentication, which meant I needed to click an app on my phone. To add embarrassment to injury, when I wanted to call my partner at home to explain why I had unexpectedly hung up on him, I couldn’t make the hotel room phone work without assistance. (What can I say? It had so many buttons.)

It could have been worse, but it made me realize how dependent I’ve become on technology I didn’t have just a few years ago. I used to navigate around cities through a combination of maps, a general sense of the cardinal points and asking people for directions. I put travel details down on paper. I checked in at the airport, not from my hotel room. I would talk to my family once I got home. Email could wait. But this time when my phone went dead, I felt like Robinson Crusoe. Stranded.

All of the technology we depend on is fragile. The app you use to pay for your coffee won’t work if your battery has run down. The power can be cut off if the wind picks up or an ice storm hits or a squirrel gets into a transformer. Our digital systems can be held hostage with a ransomware attack. A company we entrusted with our photos or our conversations can decide they aren’t in that business anymore and might not provide easy options for downloading all the things you thought were yours. A piece of your workflow may vanish because Google thinks it’s unimportant. A publisher can go belly up, be bought for parts or can simply update their website and break all the links to stories you assumed would be there. (The Internet Archive’s Wayback Machine can help, but it’s not complete; I’ve started using Perma.cc when I want to be sure I can reliably cite an online source.)

I remember when our library catalog first went online. We kept the card catalog for a couple of years to reassure patrons, though we couldn’t afford to run two parallel systems, so stopped filing cards for new books. The public catalog was retired, but we kept the shelf list just in case. In time, that went, too. Yes, the new catalog had hiccups, so we kept a paper copy of the LC classifications handy so we could guide people to the most likely place the book they wanted would be. But now that so much of every library’s content is only available online, a sustained power outage would essentially shut down much of the library.

But wait! There’s more (as they used to say on Veg-o-Matic ads). There are any number of security vulnerabilities that threaten the internet, so the more we rely on it, the more opportunities there are to mess with us, personally and on a geopolitical scale. The infrastructure of the internet itself takes lots of power, plenty of water to cool the data centers where our stuff lives and physical equipment that will be seriously affected by sea level rise. The cloud sounds so amorphous and safe, but it’s built out of real stuff here on Earth.

Talk about amorphous — think about the smoke-and-mirrors ad-tech business model that powers so much of how we find information online. Not only are browsers and individuals increasingly blocking ads and trackers, there’s plenty of reason to believe ads based on surveilling individuals don’t actually work. What happens if we have a replay of the tech bubble that burst in 2000, only on a much larger scale? It would be a tad inconvenient to lose Google apps, Gmail, YouTube, Google search and Google Scholar, all of which are funded by scraping our lives to create the digital advertising that provides 83 percent of parent company Alphabet’s income. The economy overall would take a bigger hit than it did 20 years ago: none of the tech companies that rattled the market when they failed in 2000 were on the list of the top 10 publicly traded corporations, but in 2019 three of them rely almost entirely or to a large extent on tailored digital advertising. A lot of our economy (not to mention our daily habits) rely on an advertising emperor dressed in hype so finely woven it turns out it may be stark naked after all.

As we go about our digital days, hooked on digital devices, it’s something to think about. What’s our plan B?

photo by jaminjami; reposted from Inside Higher Ed.